In order that we may direct your enquiry to the correct department, please select from the four options listed below. 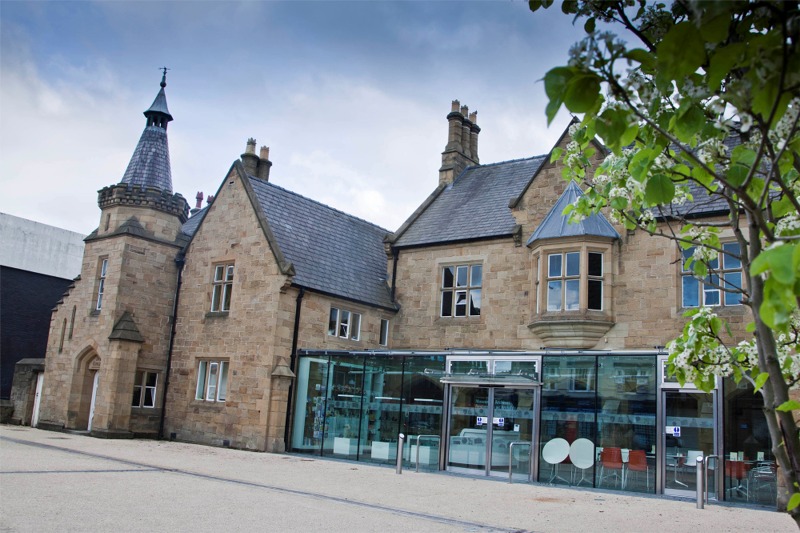 The information that we hold in our archives is primarily historical records of the RWF, their antecedent regiments and units. Information and photographs can be found for a limited number of RWF soldiers via the enquiries service, but this cannot be guaranteed. There is a modest charge for this service.

The RWF Museum Reserve Collection and RWF Research Library are held at Wrexham Museum and Archives, Regent St, Wrexham, LL11 1RB. This is part of a long-term agreement between the RWF Museum Trust and Wrexham County Borough Council.

Like many other museums, there will be a modest charge for any research work undertaken at the Wrexham archive. Please follow the link below, which will take you to the two payment options and enquiry form based on the size and complexity of your particular enquiry.

The RWF Research Library can also be accessed in person at the fully equiped research facility within Wrexham Museum and Archives. We would recommend calling ahead to book an appointment, to ensure that the documents requested are available.

For more information and assistance Tel:01978 297480 or email:localstudies@wrexham.gov.uk

Information regarding opening times and onsite facilities can be found at the Wrexham Museum and Archive web pages at the link below:

The information that we hold in our archives is primarily historical records of the antecedent Regiments and their many units rather than individual soldiers service records. Information and photographs can be found for a very limited number of RWF soldiers via the Enquiries service but this cannot be guaranteed.

These titles are available from the National Archives Online Bookshop.

All Service Records of soldiers who served after 1920 (including those who enlisted earlier and were in service at this date) are held by the Ministry of Defence at the Army Personnel Centre. A fee is charged for each search, even if no material is discovered. A special form has to be completed prior to the search. It is essential that you quote the Regiment and Army number of the soldier concerned. There is always a long backlog of enquires so it may take some weeks to receive a reply. To download an application (SAR) form - visit www.veterans-uk.info and click on 'service Records'.
Army Personnel Centre, Historic Disclosures, Mailpoint 400, Kentigern House, 65 Brown Street, Glasgow G2 8EX. Tel: 0044 (0)141 2243303 or 2242023

Casualties in World War 1 and 2

For soldiers who lost their lives during the two World Wars, grave or memorial details are available on-line from the Commonwealth War Graves Commission at: www.cwgc.org

Please note: We do not hold Service Records of individual officers and soldiers. Please visit this section for information regarding Service Records and how to trace them.

Here are a selection of our most popular frequently asked questions:-

Why is Welch spelt with a "c"?

This is the old English way of spelling 'Welsh'. Throughout the years both forms have been used and during the Boer War and the Great War the official spelling was 'Welsh'.

Army Order No. 56 of 1920 finally confirmed that the official spelling should be 'Welch'.

What is "The Flash"?

It is the name given to the 5 black ribbons worn on the back of the collar.

They are a link with the days when soldiers wore pigtails.

These were powdered, greased and, in order to protect the red coatee, enclosed in what was known as a queue bag.

In July 1808 hair was ordered to be cut close to the neck and the queue was abolished. At the time the 1st Battalion was in Canada. The officers however decided to retain the ribbons with which the queue had been tied.

Using an old slang term for a wig these were known as the 'Flash'.

In 1834, an inspecting General noted "the superfluous decoration on the collar of the coat" and ordered the removal of the Flash.

When King William IV was told what had happened, the Colonel of the Regiment received a letter from the Horse Guards stating that His Majesty had been pleased to approve the Flash "as a peculiarity whereby to mark the dress of that distinguished Regiment."

Until 1900 it was worn only by Sergeants and Officers

What does fusilier mean?

The name derives from the fusil - an early form of flintlock musket originally issued to elite troops who guarded the artillery during battle. The Royal Welch Fusiliers was one of the first regiments granted this honour in 1702, and the only one to have continued without change of title or amalgamation with another regiment to this day.

What is the history of the Regimental Goat?

No record exists of the origin of the custom by which the Regiment marches with a goat at their head.

The earliest reference occurred in 1777: "The Royal regiment of welch Fuzileers has a privilegeous honor of passing in review preceded by a Goat with gilded horns, and adorned with ringlets of flowers" and that "the corps values itself much on the ancientness of the custom."

In 1844 Queen Victoria presented the first Royal Goat, and since then most goats have been presented by the Sovereign from the royal herd.

Every goat has a silver headplate identifying him as the gift of the Sovereign.

The goat of the 1st Battalion also wears a silver chain and shield around his neck presented by the Mayor and citizens of Lichfield in 1904.
The Goat is in the care of a soldier with the honorary title of Goat Major.

Since 1923 ordinary members of the Regiment ('Privates') have been officially known as Fusiliers.

Who were the Ceremonial Pioneers?

Before the days of good roads and bridges it was necessary to have men able to prepare the way for Regiment on the march and to provide services in camp.

These were the Pioneers who were all tradesmen and picked soldiers. To protect their uniforms they wore leather aprons and gauntlets.

From their position at the head of the Regiment on active service has developed the tradition of the Pioneers leading it on ceremonial parades, preceded only by the Regimental Goat.

This unique distinction was officially sanctioned in 1886.

What is the significance of St David's Day (1st March)?

Probably nowhere is the patron saint of Wales, Saint David, so ceremoniously and so regularly honoured as on the 1st of March wherever the Royal Welch Fusiliers happen to be. In peace and war, at home or overseas, leeks are worn, and the day observed, as far as possible, as a holiday.

The ancient ceremony of eating the leek in the Officers' Mess has remained largely unchanged over the years. It is recorded that "…the officers give a splendid entertainment to all their welch brethren ; and after the cloth is taken away… the band playing the old tune of, "The Noble Race of Shenkin", when a handsome drum-boy, elegantly dressed, mounted on the goat richly caparisoned for the occasion, is led thrice round the table in procession by the drum-major…" Although no longer ridden, the Goat is still led around the table after dinner, followed by a drummer, fifers and drum-major carrying a silver salver on which are raw leeks, and the mess sergeant with a loving-cup filled with champagne. They halt by the latest joined subaltern who stands on his chair and, placing his right foot on the table, eats a leek while the drummer plays a continuous roll until it is completely consumed. He is then handed the loving-cup for the toast 'and Saint David'. All those present who have not 'eaten a leek' with the Regiment, including guests, are expected to do so before the party withdraws.

Similar ceremonial takes place in the Sergeants' Mess, and the other ranks' dining hall, where the latest joined soldier in each Company eats a leek.

Does the regiment use the Welsh language?

The Royal Welch Fusiliers is the only regiment in the British Army, with the exception of the Gurkhas, to use a language other than English. During the First World War more than one battalion used Welsh on a regular basis. In Burma, in the Second World War, it was used to conceal intentions from the Japanese. In 1995 the 1st Battalion used it in Bosnia. It is the first language of many members of the regiment.

The Museum is always pleased to accept artefacts relating to the history of the Royal Welch Fusiliers. With the exception of campaign medals, which are placed on display, most newly acquired items form part of the reserve collection where they can be studied by researchers or used for future exhibitions.

All Other Enquiries (NOT Family/ Military History)