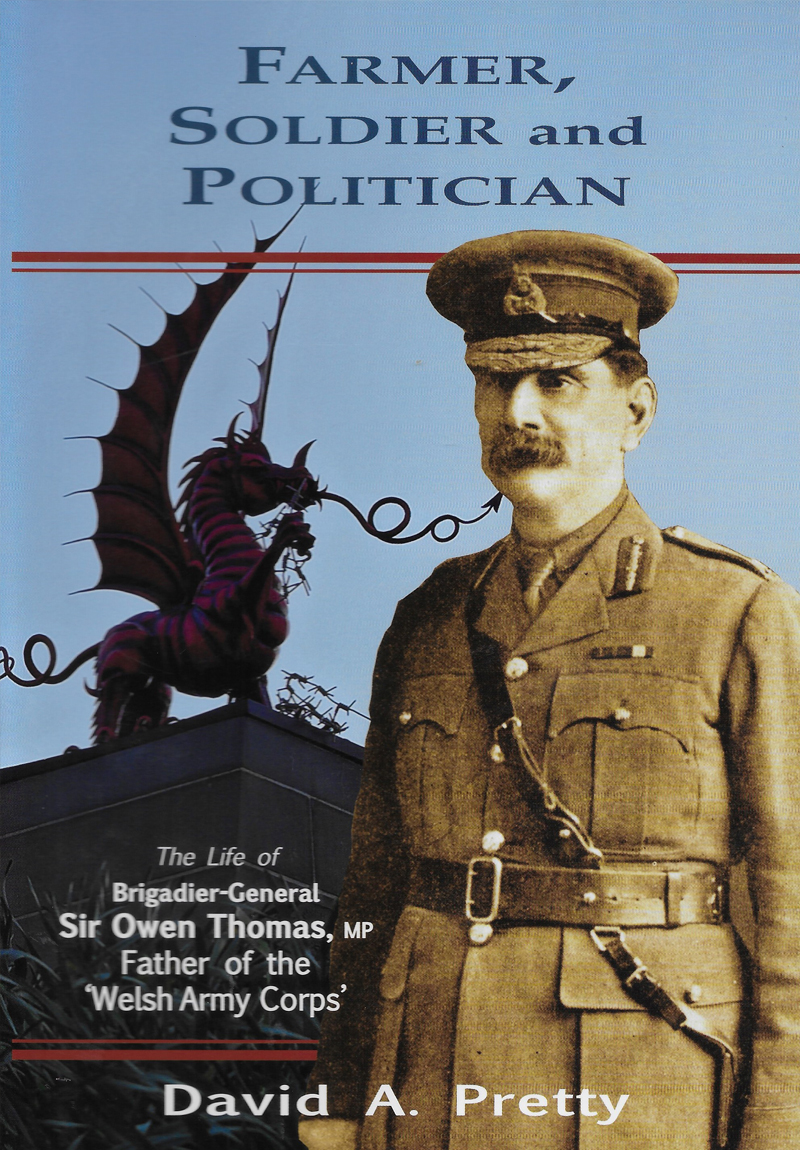 FARMER, SOLDIER AND POLITICIAN BY DAVID A. PRETTY

Owen Thomas, Farmer and land agent from Llanbadrig, Anglesey, was an enigmatic character throughout his life. Whilst never able, nor wishing, to break his ties with his birthplace, he carved a career for himself as a soldier and agricultural adviser in Africa, and as a pioneer rural Labour member of parliament, propelled by a vital and supportive local trade union movement.
Thomas is best remembered however, as the man responsible for the formation of Lloyd George's 'Welsh Army Corps', raised in response to Kitchener's appeal for volunteers at the outbreak of the Great War.
He used his unique skills to persuade many thousands of his countrymen to join the colours. When his 'army' marched away from Wales to face its destiny, as the 38th (Welsh) Division, at Mametz Wood on the Somme, he was left behind, a frustrated and deeply hurt man.
David Pretty’s book examines a fascinating life, full of adventure and promise, but which resulted in great anguish and pain.