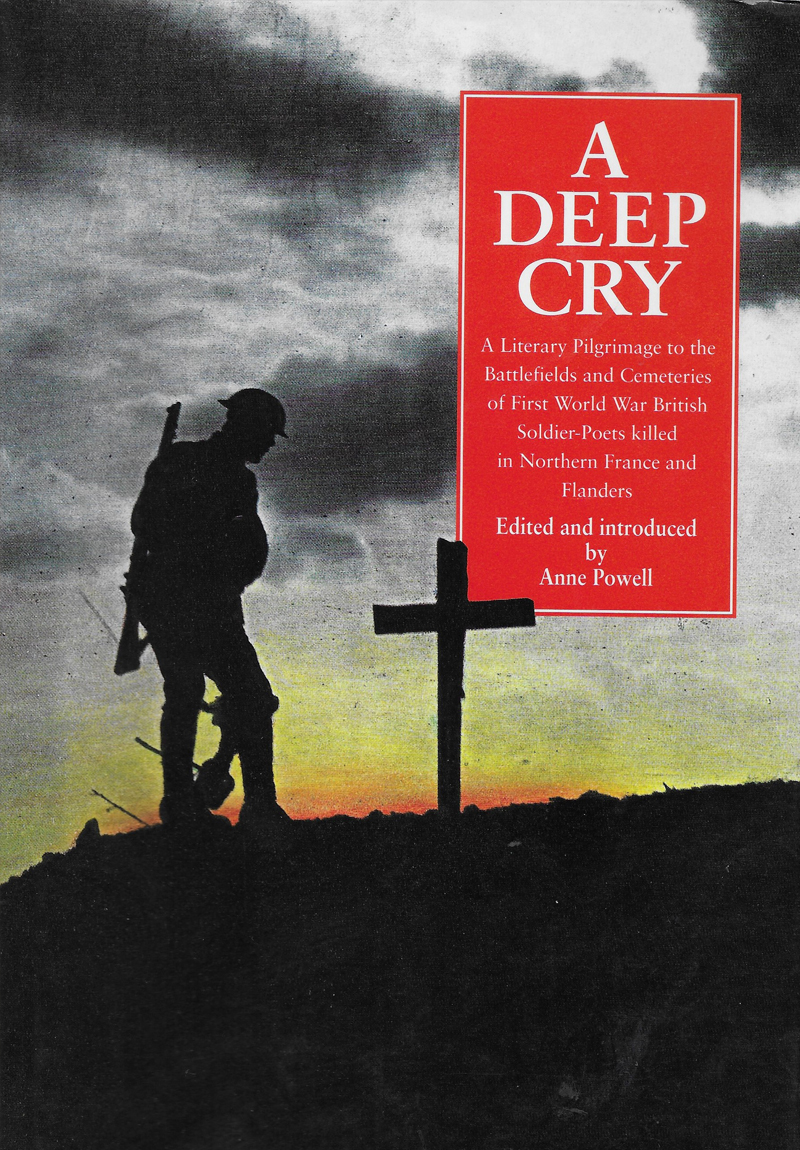 A DEEP CRY includes the works of sixty-six British First World War soldier-poets who lie in cemeteries or are honoured on memorials in Northern France and Belgium. These men are grouped chronologically under the year in which they were killed. Each poet has a separate heading and biographical details; poetry and extracts from his diaries and letters, linked where possible to the military actions in which he took part; and an account of his last battle.
Almost all these writers had a volume of poems published during or shortly after the War Some have been recognised and republished, but the majority have been neglected over the past seventy-five years. This literary pilgrimage gathers together the famous, the less well-known and the long forgotten.
From the trenches, behind the lines, in hospitals and on leave, these soldier-poets wrote of the ’carnage incomparable’, the suffering and grim conditions they experienced; and of the solace they found in comradeship and the continuing cycle of nature amidst the horror of war.
The men are linked geographically on maps grouped according to the location of their graves and memorials; all but five lie within forty-five miles of Arras.
The battlefields on which they fought and died still evoke the appalling slaughter. Every year chalk outlines of trench systems appear on many newly ploughed Somme fields; rusty bayonets, water-bottles, ammunition and other grim relics are found in copses and on the wayside; some original trenches have been preserved.
The message left by these soldier-poets is universal and timeless. ‘War is indescribably disgusting’, wrote Captain Theodore Cameron Wilson from the trenches in 1916. ‘If you’ve once seen a bright-eyed fellow suddenly turned to a goggling idiot, with his own brains trickling down into his eyes from under his cap, you’re either a peace-maker or a degenerate’.
If you could please send the cover photo we can add ‘A Deep Cry’ on the shop for you.