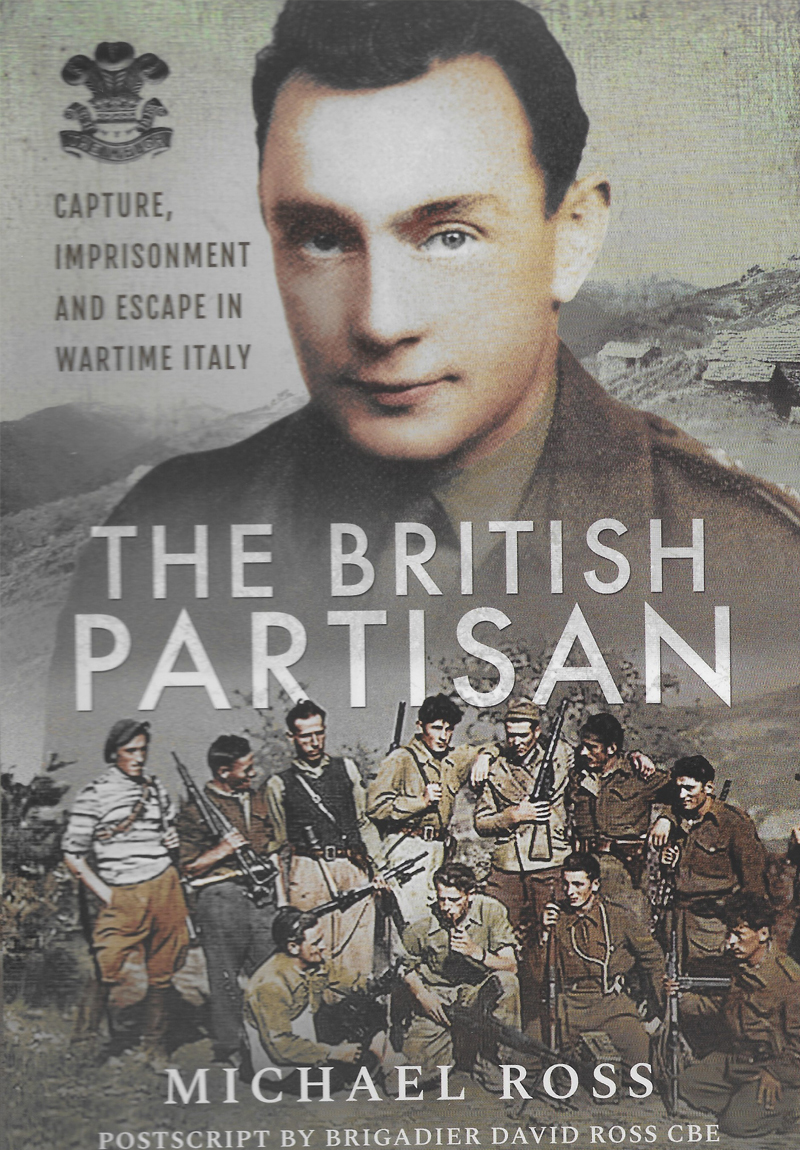 In this action-packed account, the author, a Welch Regimental officer, describes his remarkable Second World War experiences. These include his baptism by fire in the Western Desert against Rommel’s armour in 1942, the spontaneous help of nomad Arabs when on the run for ten days behind enemy lines, his capture and life as a POW in Italy.
Ross and a fellow officer made the first escape from Fontanellato POW camp only to be recaptured on the Swiss border. During his second escape, Ross fought against the occupying German forces in north Italy alongside the Italian partisans, who nearly executed him initially. He avoided recapture for over a year before finally reaching Allied lines.
The reader learns of the extraordinary courage and sacrifice of local Italians helping and hiding Allied soldiers, Ross’s story has a poignant conclusion as, while on the run, he fell in love with a prominent anti-fascist’s daughter whom he married after the war.
Originally published as From Liguria With Love, this superbly written and updated memoir is a powerful and inspiring tribute to all those who risked their lives to help him and his comrades.