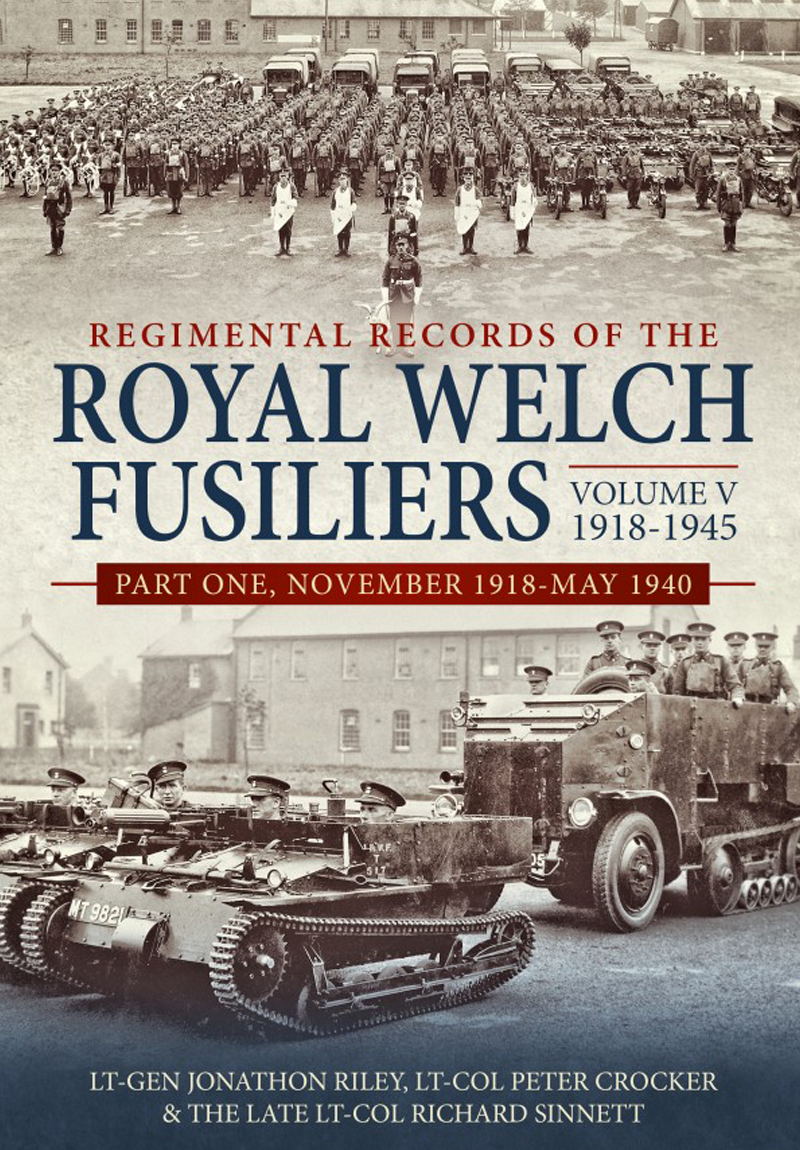 Regimental Records of The Royal Welch Fusiliers Vol 5, Part One, November 1918- May 1940

Volumes III and IV of RWF Regimental Records end rather abruptly on 11 November 1918. The first part of RR Volume V describes the later history of the war-raised units of the Regiment during the Great War and the reduction of the Regiment thereafter. It then details the campaigns and stations of the Regiment from 1919 to 1939 including service in Ireland, India, the North-West Frontier, Cyprus, Sudan, Shanghai, Gibraltar and Hong Kong. The Territorial Army is also covered as is the Regiment’s role as an experimental mechanised unit in the 1930s.

The last section of Part One then tells the story of three of the Regiment’s units – the 1st Battalion, 101st Anti-Aircraft and Anti-Tank Regiment, and No 2 Independent Company, on active service from 1939 to May 1940.