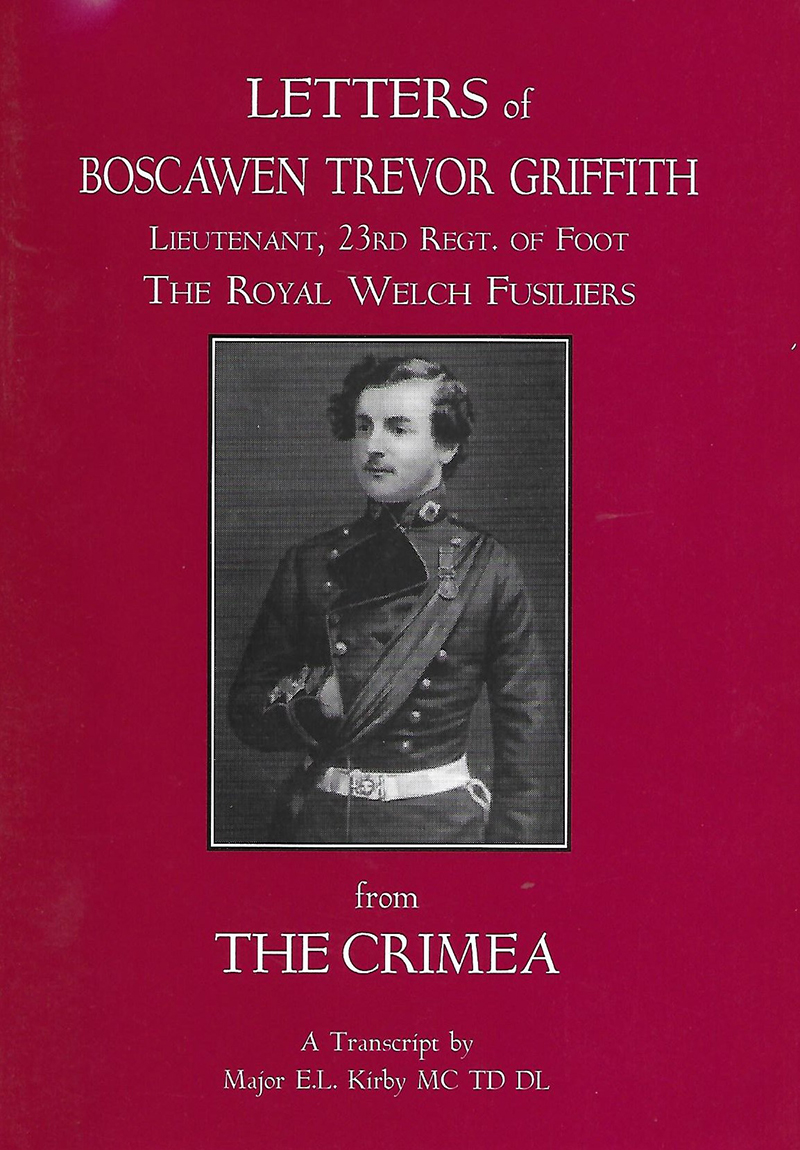 Commissioned in The Royal Welch Fusiliers on 12 January 1855 and promoted Lieutenant on 1 May 1855, he joined the regiment in the Crimea on 8 August and took part in the final assault on the Redan on 8 September 1855 for which service he received the Crimea Medal with the clasp 'Sebastopol'.

Evacuated sick suffering from dysentry on 15 December 1855 he landed in Liverpool in February 1856 and retired by the sale of his commission in 1857.

He then took a commission as Lieutenant in the Royal Denbighshire Militia Rifles on 28 May 1857 and rose to the rank of Captain in that Corps.

Born on 14 August 1835 he was the only son of Thomas Griffith of Trevalyn, Denbighshire, formerly of Penpompren, Cardiganshire, by his wife Elizabeth Mary, the youngest surviving daughter of William Boscawen by his wife Charlotte, daughter of the Rev. Dr. Ibbetson DD of Bushey, Archdeacon of St. Albans. She was one of the coheiresses of the Treval yn Estate by virtue of the marriage of her grandfather, LieutenantGeneral the Hon. George Boscawen, the third son of the first Viscount Falmouth to Anne Morley of Trevalyn, Plas Teg and Glynde.

On the death of his mother on 30 January 1875 Boscawen Trevor Griffith adopted the additional surname of BOSCAWEN.

He was educated at Rugby School and Exeter College, Oxford. He married on 23rd June 1857 Helen Sophia (who died on 18 May 1930, aged 96) eldest daughter of ViceAdmiral Norwich Duff. He was a Deputy Lieutenant and JP of Denbighshire and High Sheriff of the county in 1864. He was also JP of Flintshire and Chairman of Quarter Sessions 1881-1904. He died on 30 December 1904. The collection of letters he wrote to hjs parents from the Crimea were presented to the Regimental Museum, The Royal Welch Fusiliers in June 1960 by his grand daughter Lady Enid Sophia Jones.