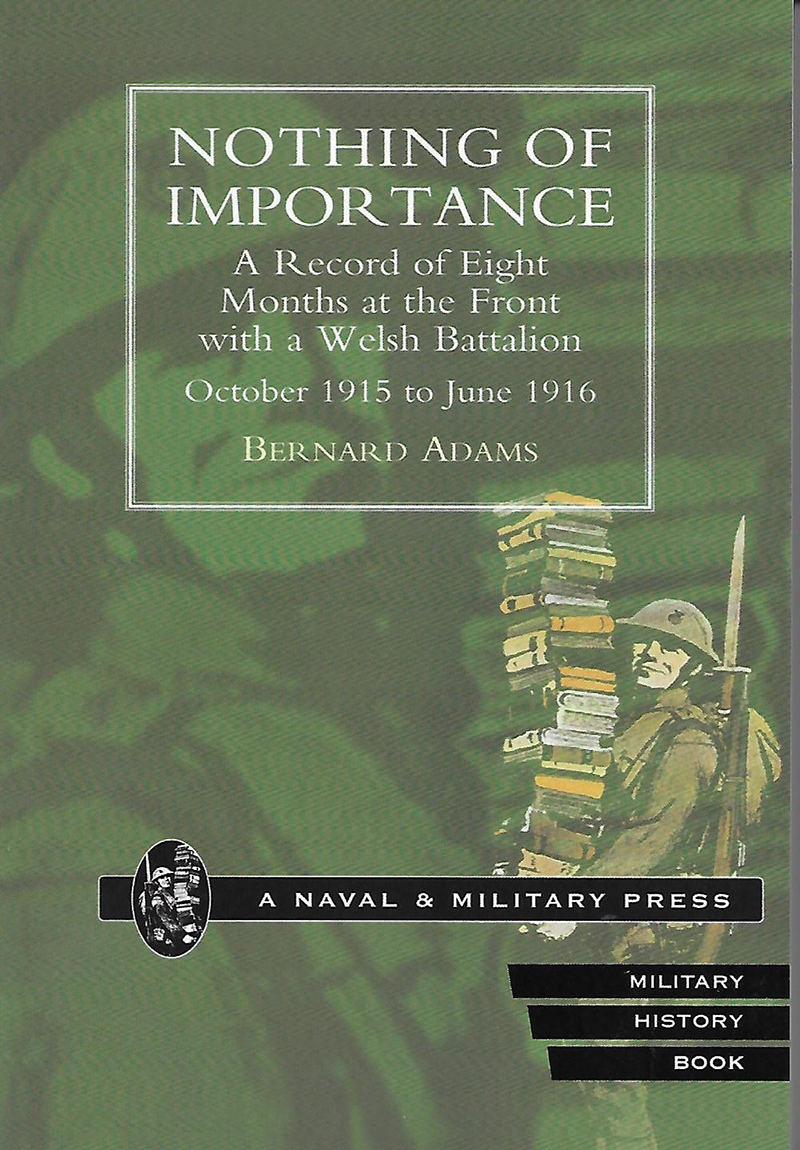 NOTHING OF IMPORTANCE By Bernard Adams

Bernard Adams was nearly twenty-four when war broke out. A Classical scholar of St John’s College, Cambridge, he had set his mind missionary work in India but he joined the Royal Welsh Fusiliers (RWF) as a lieutenant in November 1914 and went to France, to the 1st Battalion, in October 1915 when his story begins. Soon after joining he was given command of a company, a position which he retained until he was wounded in June 1916 when he went home. He came back to France to his battalion at the end of January 1917, and a month later, on 26th February, he was wounded while leading his men in an attack on Puisieux and died the next day in a field hospital. He is buried in Couin New British Cemetery.

This is another exceptionally well written and interesting memoir by a man who was held in high regard by his fellow officers and his men. 1st RWF (22nd Brigade, 7th Division) had just come from the Loos battlefield when Adams joined and his first experiences of trench warfare were in the Cuinchy – Givenchy sector, that dismal part of the front astride the La Bassee Canal. Here they sat till the last week in November in an everlasting alternation between the trenches and our billets behind….After two months out resting and training the battalion went back into the line in the Bois Francais trenches just below Fricourt and it was still there in June when Adams was wounded. The strength of these reminiscences is the wonderfully detailed picture of trench life in all its aspects – working parties, billets, the art of sniping – enlivened by the account of a duel between two exponents, night patrols, detonation of a mine and being hit while out wiring. There is a very good trench map of the Bois Francais position from which I was able to transfer details onto the Blue Series 1:25,000 map (2408 Est. Bray-sur-Somme) and explore that part of the line which the author has so well described.