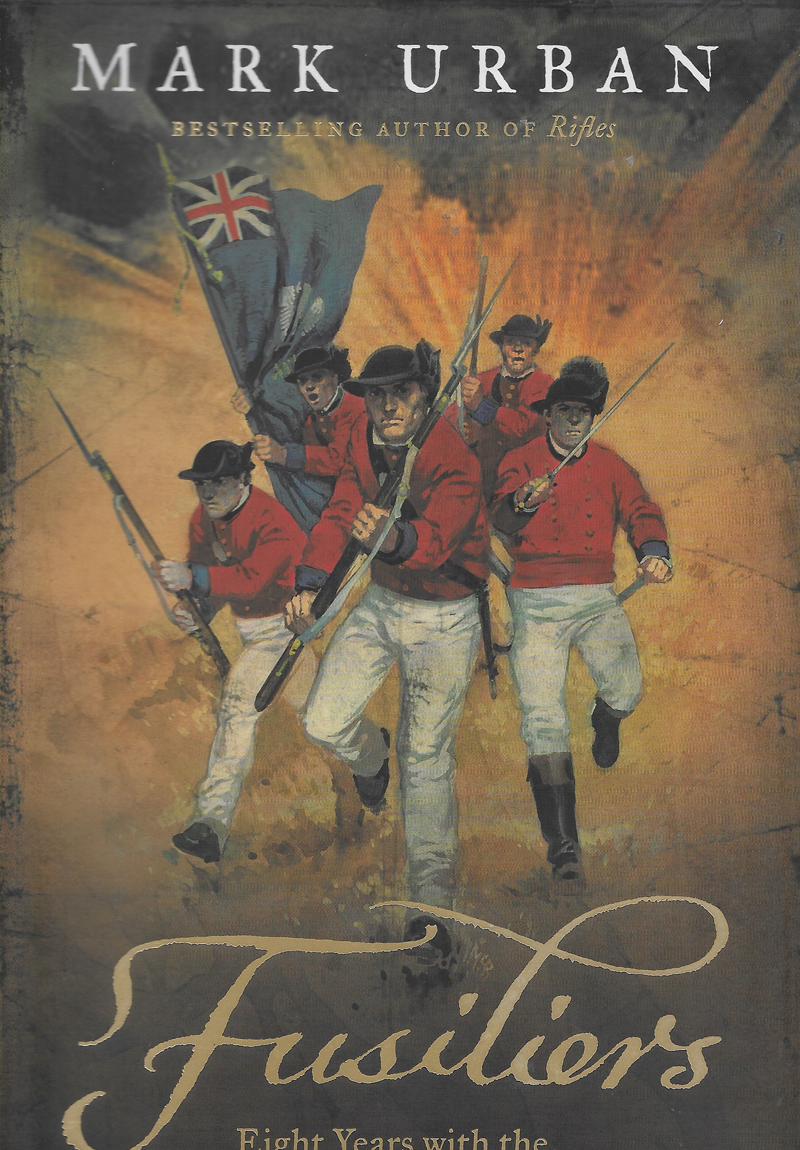 Fusiliers Eighty Years with the Redcoats in America

From Lexington Green in 1775 to Yorktown in 1781, one regiment marched thousands of miles and fought a dozen battles to uphold British Rule in America: the Royal Welch Fusiliers. With a wealth of previously unused primary accounts, Mark Urban reveals the inner life of the regiment – and, through it, of the British Army as a whole – as it fought one of the pivotal campaigns of world history.
With his customary narrative flair Urban describes how British troops adopted new tactics and promoted new leaders, and shows hoe the foundations were laid for the redcoats’ subsequent performance against Napoleon.
Fighting in the climactic battles of the Revolution in the American South, the Fusiliers became one of the crack regiments of the army. They never believed themselves to have been defeated.
Mark Urban’s bestseller Rifles was an account of the campaigns of a brave band of men which had remained untold for too long. Bernard Cornwell said of it, ‘if you like Sharpe, then this book is a must’, while for Frank McLynn in the Daily Express it was ‘deeply researched, beautifully crafted and captivating’. Now that searing and completely original account is joined by Fusiliers, sure to delight all readers of the best military history and adventure.