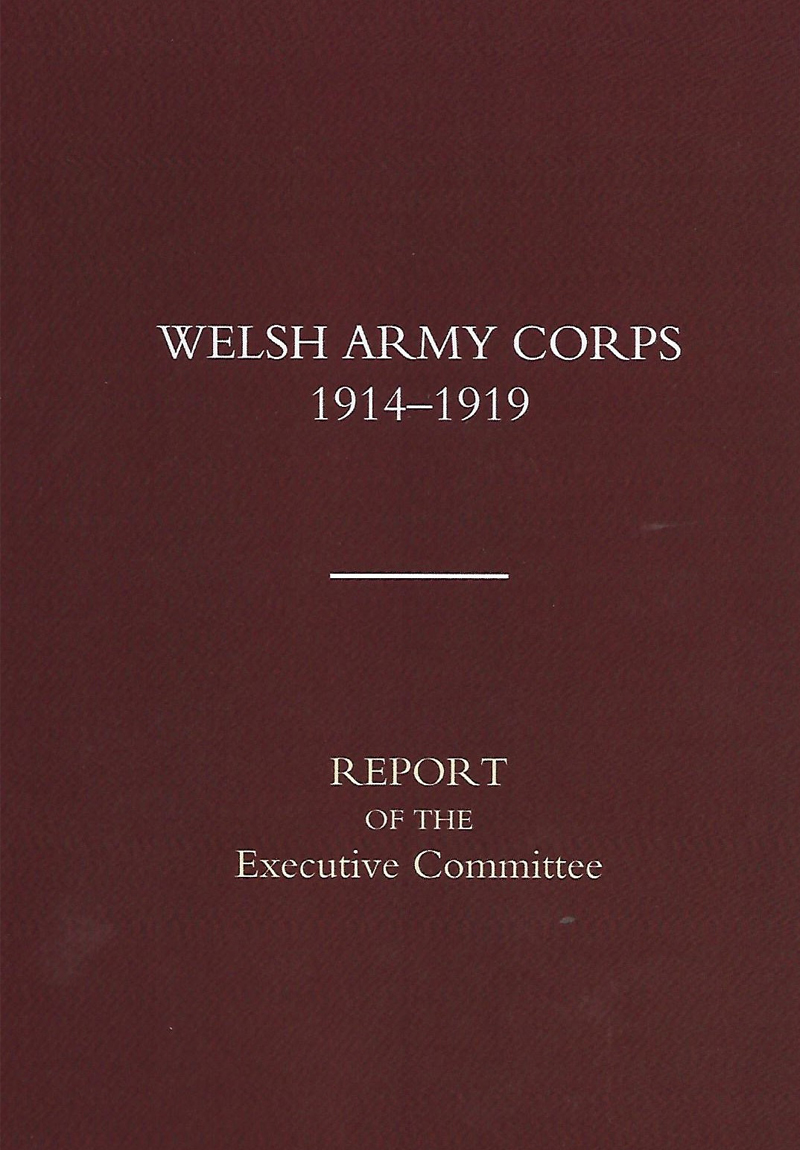 On 28 September 1914, a representative meeting of all classes of the Principality of Wales was held at Cardiff where Mr Lloyd George, then Chancellor of the Exchequer, explained the aims of forming a Welsh Army Corps. On 10th October the GOC Western Command received a letter from the Army Council informing him that permission had been given to form a Welsh Army Corps of two divisions with the infantry coming from service battalions of the the three Welsh regiments (Royal Welsh Fusiliers, South Wales Borderers and the Welsh regiment). This book describes all the meetings that took place, publishes memoranda and explains the progress of recruiting and forming the battalions and other divisional units as well as giving details of finance, clothing and equipment (Finance Committee),. One of the interesting statistics is the break down of the male population of Wales(by counties) and Monmouthshire between the ages of 20 and 40; in all it came to 404,726 with Glamorganshire accounting for the largest number – 202,376. By the end of October 1915 the number of recruits that had passed through the various units associated with the Committee amounted, in round figures, to 50,000. In the event there was only one division (apart from the 53rd Welsh Division TF) that took the field – the 38th (Welsh) Division. This is a very interesting and instructive account.