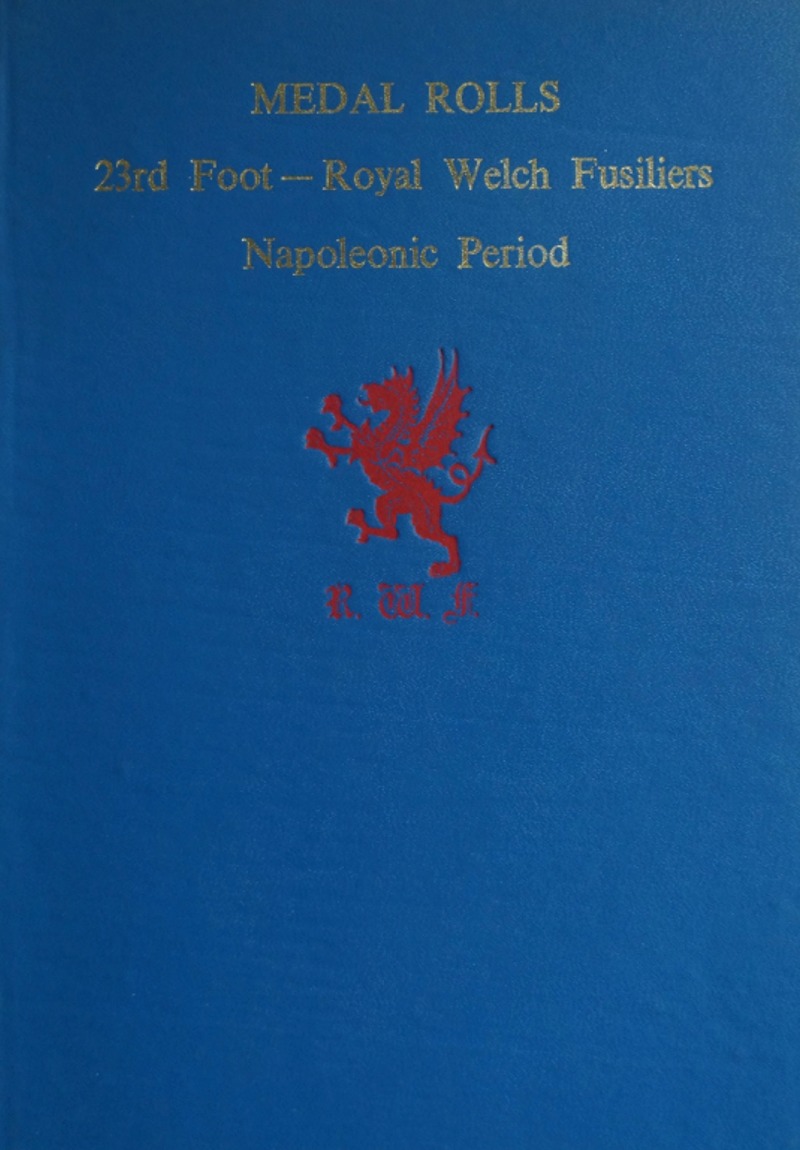 Published in 1978, these long-lost copies of this lovely book have been lying in our storeroom for nearly 40yrs, still in their brand-new state, wrapped and protected against time.

A Medal Roll can only confirm that a soldier was entitled to a certain medal; it tells us nothing about those men who brought honour to their country and their regiment. This book contains an enormous amount of painstaking research and contains biographical notes on officers, NCOs and men of the Royal Welch Fusiliers who played such a splendid part in the downfall of Napoleon. This rare book contains a huge amount of detail including: